The funeral of Rita Munday took place at Southend Crematorium on Monday 30th January 2019. The service was attended by a large number of family and friends. The RAFMRA was represented by Brian Canfer, RAFMRA Chairman, Alister Haveron, RAFMRA Vice Chairman, and Jim Morrison, RAFMRA Website Editor. The service was Officiated by Major David Groves, Salvation Army. 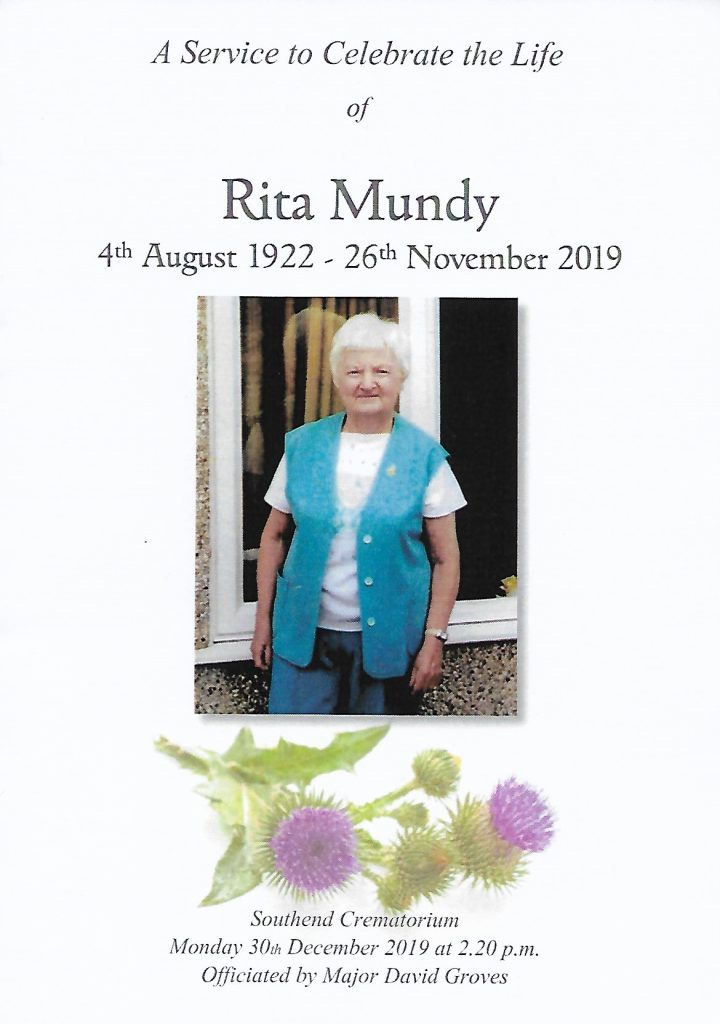 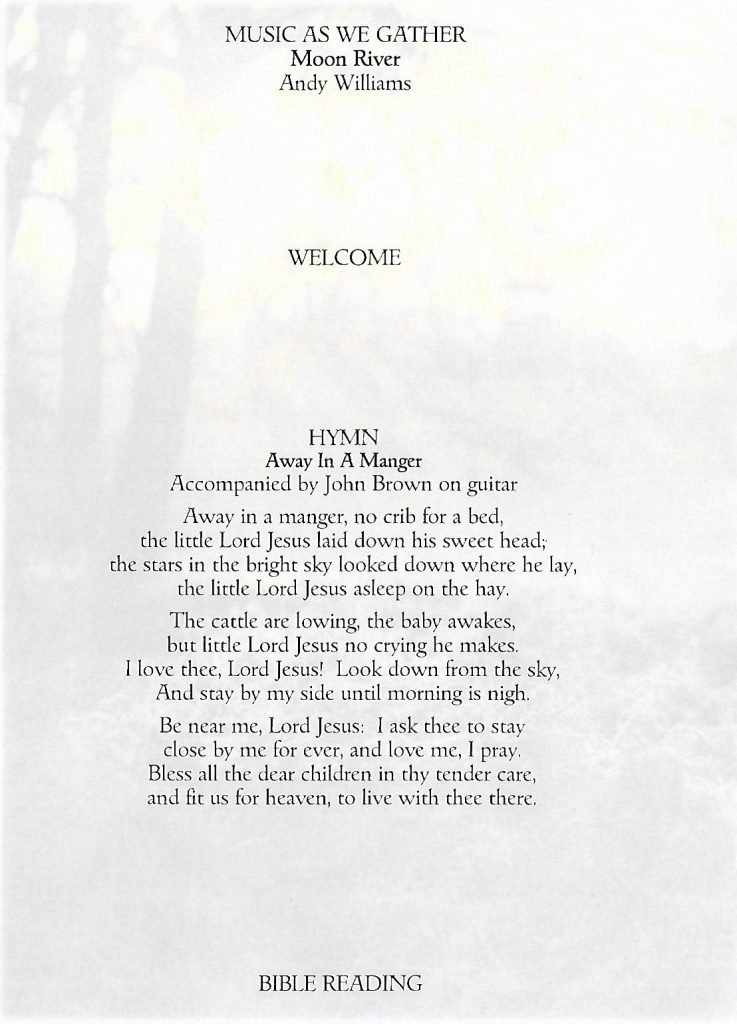 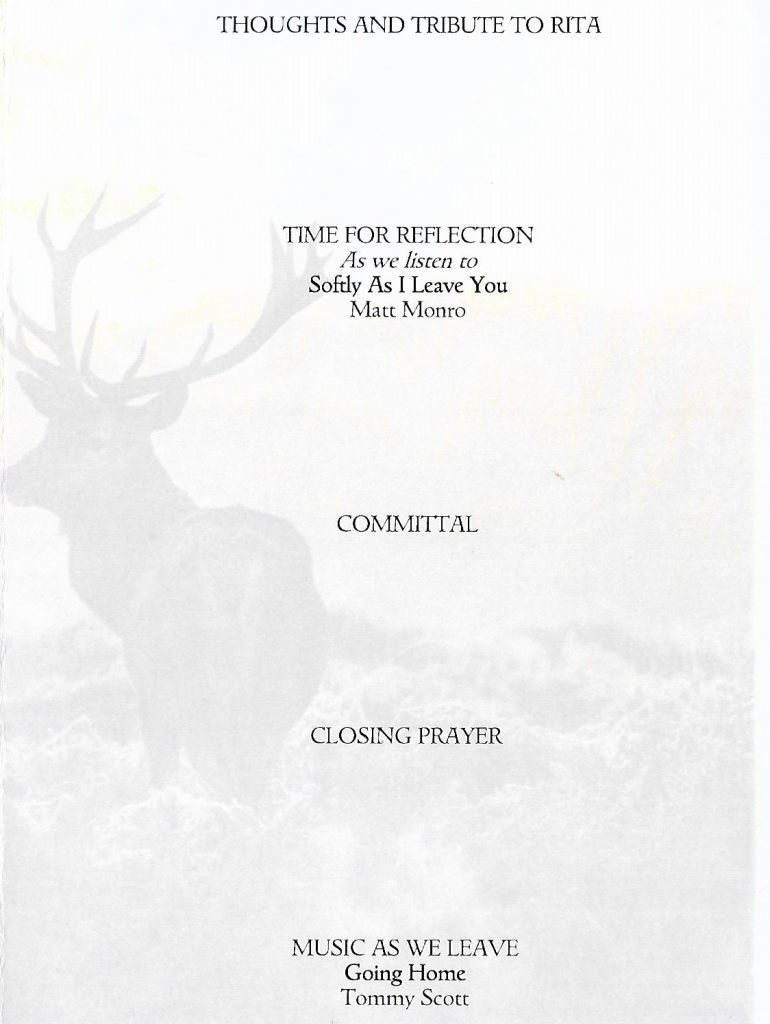 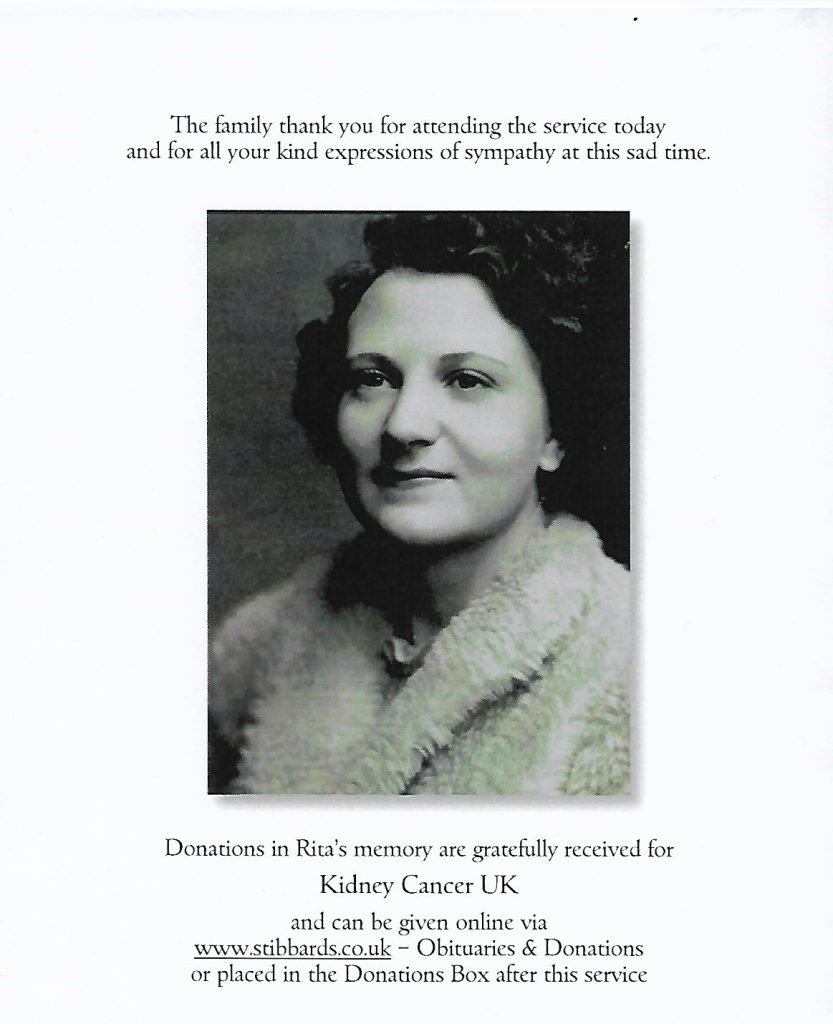 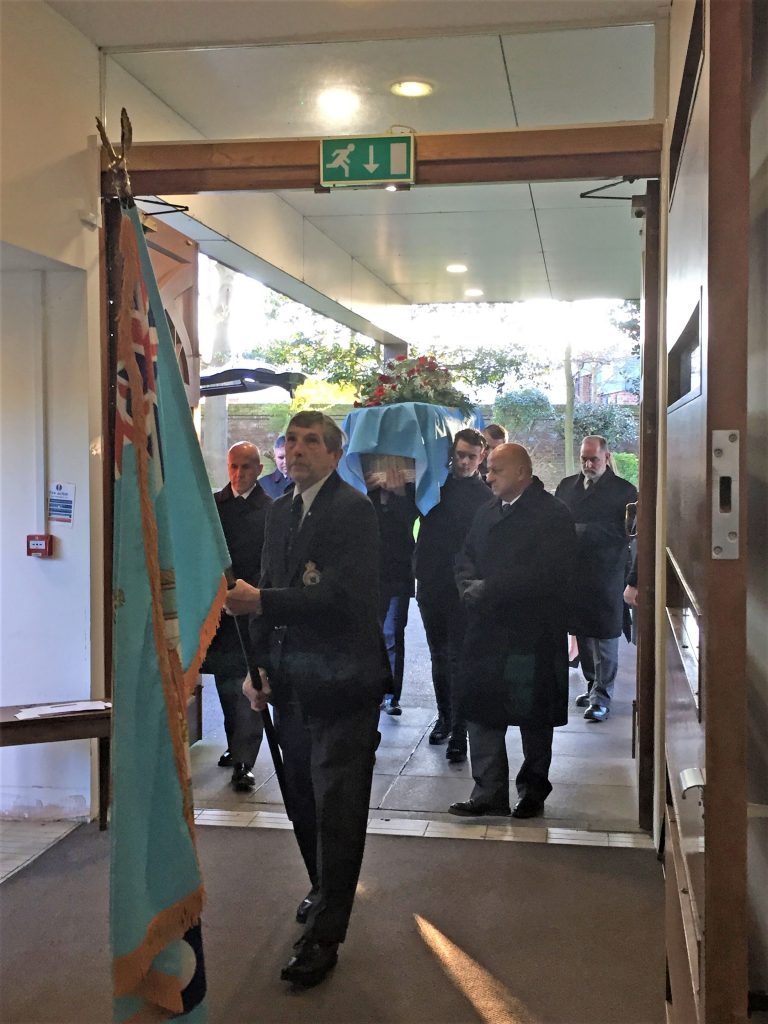 Alister with the RAFMRA Standard Leading the Funeral Cortege. 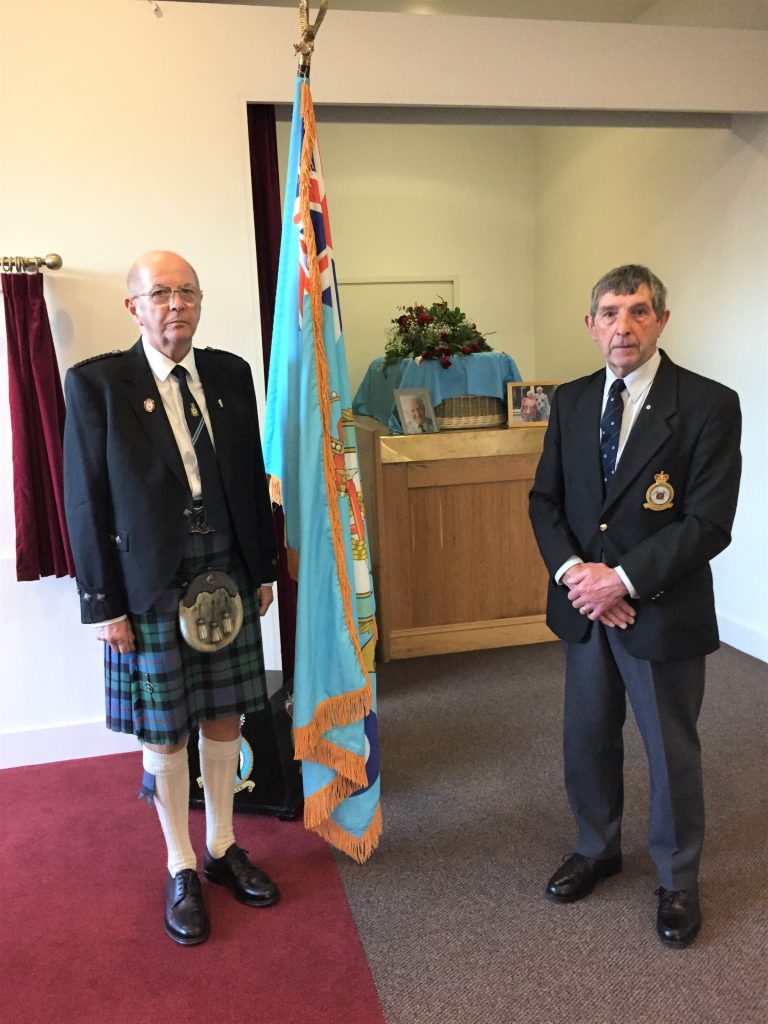 Jim and Alister pay their respects prior to the Committal

Rita’s late husband, Max, was in show business, and as such had made many friends in the business.  One very dear friend of the family was the singer Matt Monro, hence the performance of his song “Softly as I Leave You” during the period of Time for Reflection during the service.